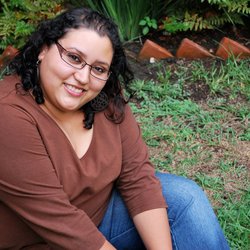 I have an addictive personality and I can be quite rebellious, due to illness and my mental health I did not think I would be able to achieve this quit but I have! I set a quit date with my advisor but then became worried, the night before my quit I remember exactly the time I smoked my last cigarette at 9:20pm, I really expected to become grumpy and fail but I didn’t! I did so much better than I thought, I was worried as I can self-harm when I am anxious and frustrated and I thought stopping smoking may make me anxious but it really hasn’t at all!

I was 14 when I first started smoking but I managed to quit and had 17 years in between that smoking period and this one.

I started smoking when I was 14 becuase it was the cool thing to do at school behind the bike sheds. I was smoking between 26 and 30 cigarettes a day.

I now have COPD and some days I do feel like giving in but I will not do this for my children's sake.

I have had some issues with alcohol but I am also working hard on this as well as cigarettes and alcohol go hand in hand.

I accessed the stop smoking support by using the telephone support, it was 10/10 service.

I used a combination of Mini Lozenges and Quickmist to help me quit, I found the Quickmist particularly invaluable.

Apart from the products, I made sure I told everyone that.I was stopping, the weekly calls with my advisor were also a great help. This really helped me to quit and stay smokefree. I feel so good in myself with it all, I am really proud.

I think my health has improved since I quit, I am not coughing since I stopped and I am not as breathless.

Since quitting, I have saved up a lot of money and I intend to keep saving to take my children away.

The thing I like about not smoking is that I have saved money and my breathing is better.

I have saved in excess of £350 so far. With the money saved I plan to buy things for myself and my house, I would like some new clothes as a lot of my clothes are ruined from previously burning the whilst smoking.

If I could go back in time to my younger self I would say do not bloody do it! And that is what I say to my kids!